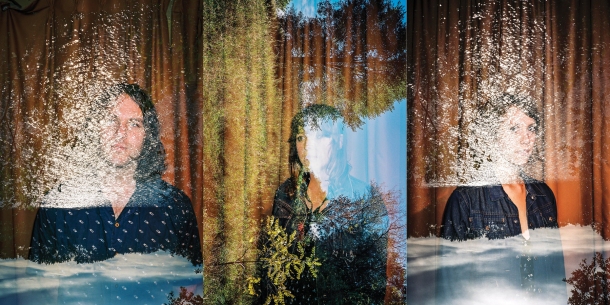 Minneapolis’ Web of Sunsets have returned with Room of Monsters, their first new material since last year’s “Fool’s Melodies” single, and their debut full-length. Recorded at the storied Old Blackberry Way, Room of Monsters is a beguiling showcase of the band’s ability to delicately reconfigure and update the tradition of hazy Americana songwriting using a combination of tranquility, restraint, and a healthy dollop of reverb. The dramatically downcast first single, “Foreign Body,” premiered via Impose earlier today.

Room of Monsters will be released February 18th on vinyl/digital formats. Vinyl is a limited pressing of 500 split between black and transparent electric blue LPs. Preorder either one right here, and take a listen to “Foreign Body” below.