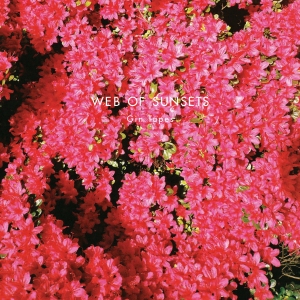 The newest release from Web of Sunsets is out in the world today, just a few days before the start of their US tour.

Already touted by Impose as “the band that delivers the gift of an endless dusk to last all night,” and one that “inspire[s] all through the sad times, good times, bad times, and transcendental times of exodus and transition,” Web of Sunsets continue to hit their singular stride following the release of their debut LP, Room of Monsters, earlier this year. Add Gin Tapes to their young canon, and savor the four new tracks recorded again at the Old Blackberry Way in Minneapolis, just as the nights get longer for summer.

All upcoming tour dates can be found here, or listed in the image below.

The Gin Tapes EP can be found both digitally (via EOT), on limited cassette (via the band), and/or streamed in its entirety right here.