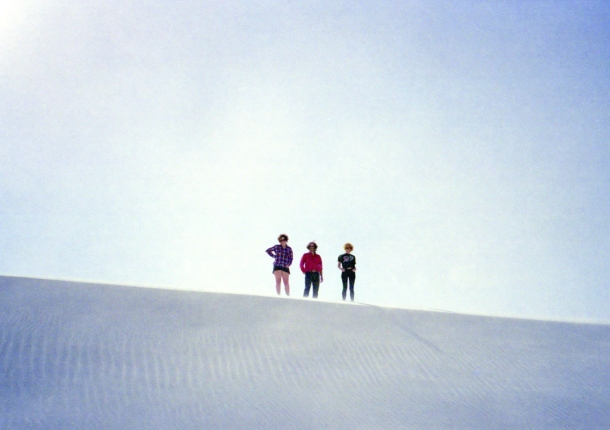 Acid country trio Web of Sunsets return in 2015 with a brand new EP titled Steel New Days. Recorded in late 2014 with Neil Weir at the Old Blackberry Way, Steel New Days shows a more cinematic side from the group, soaked in melody and offering a vantage point that is more panoramic than prior releases. The languid, dreamy guitar lines and honeyed vocals remain, and as ever, these songs portend a feeling of both memory and loss throughout. Earlier today, Impose premiered the title track from this forthcoming release — out April 28 on limited cassette and digital. Hear the title track below: 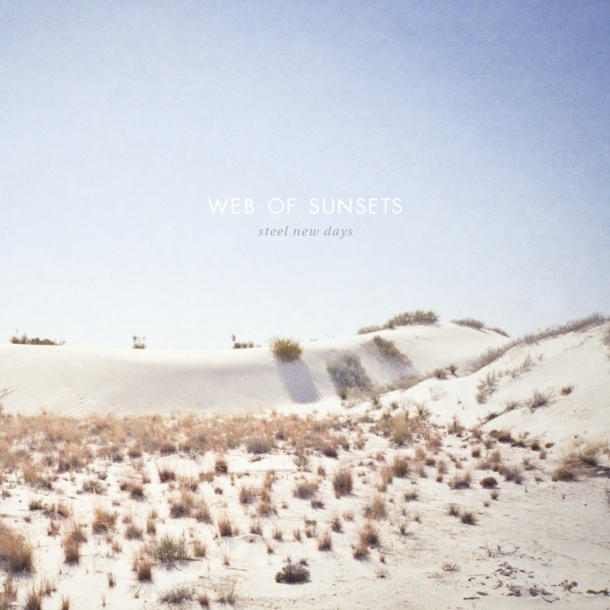 Last year saw the group issue both a debut LP (Room of Monsters) and EP (Gin Tapes), in addition to a national tour with renown synthpoppers Poliça. On Monday 4/20, Web of Sunsets will kick off a tour in Boston at ZuZu, followed by numerous dates with MN mainstays Trampled By Turtles — including sold out shows in Washington DC, Fargo, and Minneapolis. All upcoming tour details can be found below, or on the tour page. 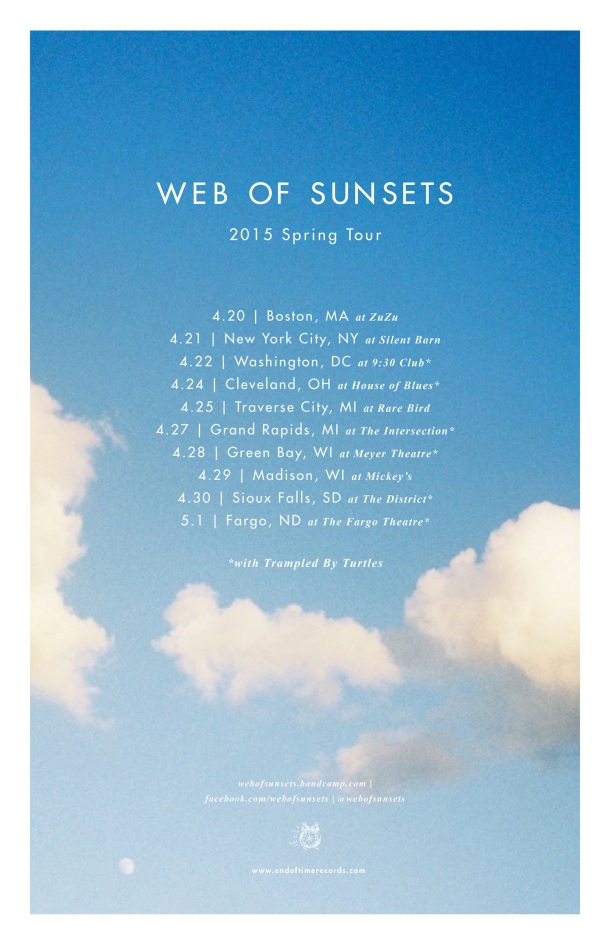